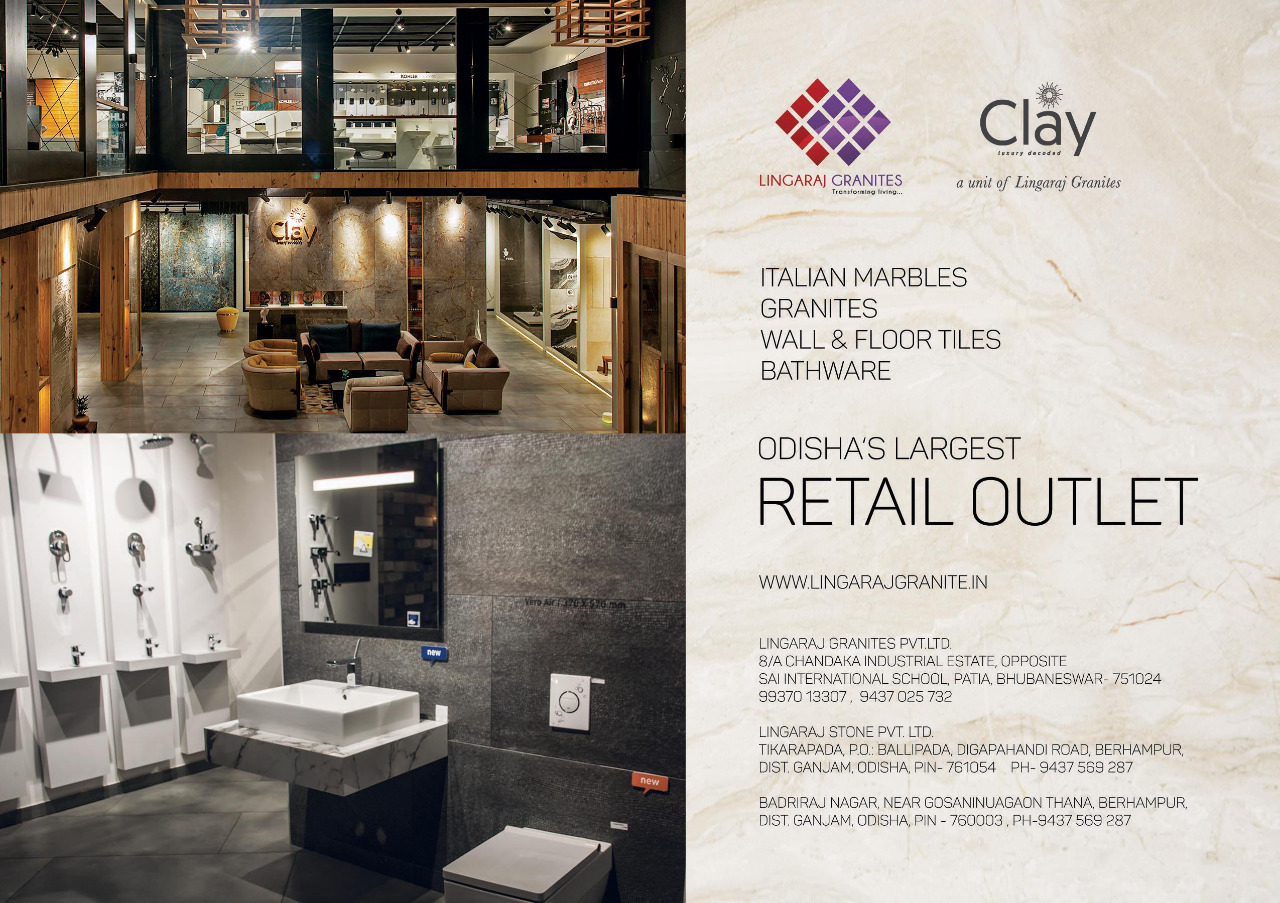 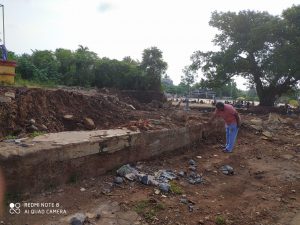 Bhubaneswar : In the ongoing demolition drive being undertaken in the Old Town area of Bhubaneswar, three huge stone blocks has been unearthed just 30 metres away from the Meghanand Pacheri, the wall of the Lingaraj temple. While removing the rubble of the demolished buildings opposite the Uttara Dwara, the northern gate of the Lingaraj temple, the excavators stumbled on two huge blocks that had been buried under soil.

But for alert locals, the authorities would have damaged the blocks in attempts to remove them, but the sheer weight and size of the slabs rendered the machines inoperable. Prafulla Swain, a local heritage enthusiast who has earlier protested the demolition of the Samadhis of the Shiva Tirtha Mutt, reported the matter to the concerned authorities. The two excavated slabs are nearly 40 feet in length and are 3 feet square in breadth. On a conservative estimate, they will weigh more than 12 tons each. The pair along with another block which lay half exposed for centuries is identical in size. There had been some damage by the claws of the excavators, but they have been left in place.

According to Anil Dhir, who is the Project Co-ordinator of INTACH, the antiquity of the slabs date back to the 11th Century and are contemporary to the period of the building of the Lingaraj Temple. These hard and evenly carved stone blocks were used for the plinth, columns and beams of the temple. These hard stoner blocks were also laid at the bottom to create a leve; as the temples were built on alluvium soil.

Dhir has examined the stone blocks and is of the opinion that these are rejected slabs which were not used in the temple as they were honeycombed and had small hollow portions, a few of which can be seen on the surface. The expert temple makers could detect any hollow and honeycombed stones by just tapping them with their hammers and chisels; they studied the resonance and determined if they were solid.

One similar stone block is found near the Aswadwara, the southern gate of the Puri Jagannath temple. Similar in size, this huge stone is popular with the pilgrims who rub a coin at one end and the sound can be heard at the other end. The authorities have been asked to remove the stones carefully and preserve them in a suitable place. Dhir has also contacted the Archaeological Survey of India’s Bhubaneswar office to ensure the safe removal of the stone blocks from the site. The Lingaraj Temple along with the surrounding monuments are ASI protected structures which have been long neglected.

Dhir once again reiterated that a proper heritage impact analysis should be made of the development plan for Puri and Bhubaneswar. The rampant demolition drive, without any proper impact assessment is destroying valuable heritage. The Assam government has recently decided to bring legislation to protect various heritage sites of the state. The draft bill has been placed in the ongoing Cabinet meeting and will be passed soon. The Assam Heritage (tangible) Protection, Preservation Conservation and Maintenance Bill, 2020’ was prepared by the Assam Directorate of Archaeology.

The Bill proposes to provide protection, preservation, conservation, maintenance, restoration, development and promotion of the State heritage sites and objects — other than those declared by or under the law made by Parliament to be of national importance or those covered under the ‘Assam Ancient Monuments and Records Act-1959’.

The heritage sites covered under this Bill includes monasteries, stupas, naamghars, masjids, dargahs, and churches besides socio-cultural institutions and habitation structures having traditional architectures as well as monuments and their precincts. The Bill also includes artifacts, sculptures, paintings, handicrafts, and manuscripts that have been in existence for not less than 75 years as on the date of coming into force of this Act.

Amiya Bhusan Tripathy, the State Convener of INTACH is of the opinion that such legislation is the need of the hour in Odisha too. He welcomed the recent decision of the government to create new directorates for State Archaeology and the Sate Museum.

Noted environmentalist and heritage activist Dr. Biswajit Mohanty, laments that the Parliamentary Affairs Department had issued a notification to establish a “Heritage Cabinet” in July 2018. Headed by the Chief Minister, the eight members’ cabinet included the Ministers of Finance, Odia Language, Literature & Culture and Tourism, Handlooms, Textiles & Handicrafts, SC, ST Development, Higher Education, School & Mass Education and Electronics & IT. Secretaries of all the concerned departments will be special invitees on the cabinet. The cabinet was constituted to co-ordinate with organisations working for preservation, promotion and enrichment of the language, literature history and culture of the State.

Dr. Mohanty says that not one single meeting of the Cabinet had taken place, in spite of the fact that massive modernisation drive had been undertaken in both Puri and Bhubaneswar. He too called for an immediate stopping of all development activities in the two heritage cities and the constitution a stakeholders committee for a correct assessment of the plans. 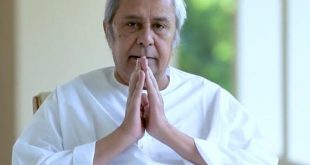